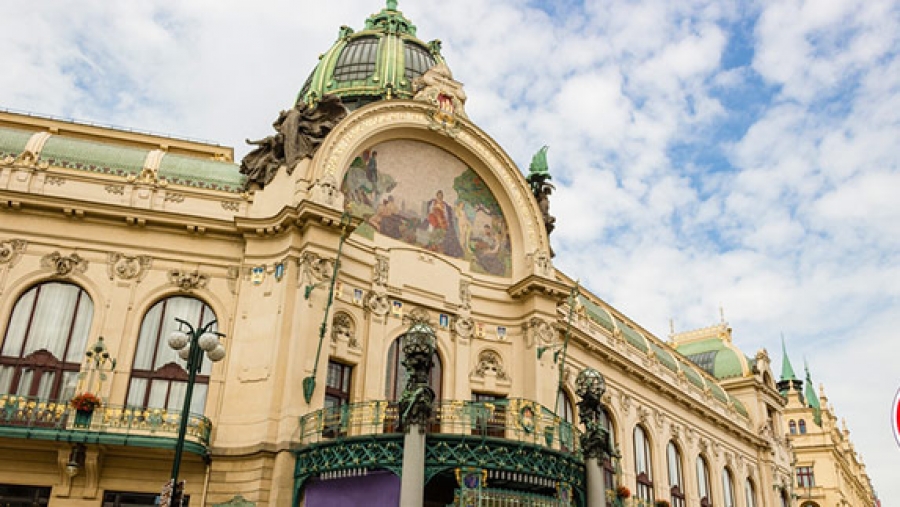 The unique atmosphere of the golden age of Art Nouveau can be experienced here. Proclaiming Municipal House as the national heritage building is something it deserves. Municipal House is a treasure and its importance is appreciated even outside Czech Republic. Municipal House underwent many developmental phases the history of which is interesting but complex.

During the 20th century contributions were made to develop the entire Prague efficiently. Plans were made for developing different sites of Prague. At that time it was very difficult for the authorities to decide something for building that deteriorated Royal Court. Almost everything there was torn down. Therefore the Royal Court underwent many developmental phases and turned into what now is called the Municipal House.

A private society in Prague in 1901 initiated the idea of building a remarkable building at this remarkable site. The request that the society presented described the benefits of building this representative and outstanding building. Therefore in 1903 an architectural competition was held to choose the best architect for building an absolutely remarkable building and the Municipal House was built. Having a volume of 139176 cubic meters Municipal House covers an area of almost 4214 square meters.
Several partial reconstructions were done and the last and the most thorough renovations were done from 1994 to 1997. In recent developments many modern facilities were added in the Municipal House. Few modern things were also equipped in the building including an efficient water supply system, modernised system for heating, proper ventilation system, suction dust system etc. A network of intercom was also added to facilitate the residents.

Although the building was officially opened in 1912 but some sections of the building were put into use few years before its opening. There were criticisms about the building for being outdated but now all those controversies are forgotten and everyone loves and admires this Municipal House in Prague.