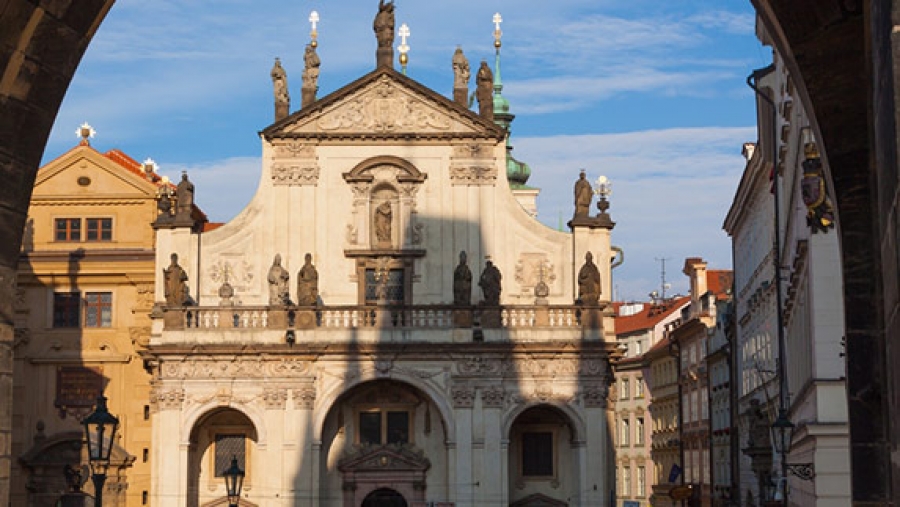 In the exact centre of the historical Prague, near the famous Charles Bridge, is situated a large historic complex Clementinum it is actually a complex of buildings and covers an area of almost 20,000 square meters. For centuries the Clementinum was one of the largest building complexes in Europe.

The Clementinum represents the baroque architecture. All the beautiful baroque buildings make the Clementinum an amazing and the most attractive part of the sightseeing tour in Prague.

The history of the Clementinum is very old. Earlier in the 11th century there was a chapel at the place of Clementinum. The chapel was actually dedicated to Saint Clement and during the medieval period was founded a Dominican monastery which later was transformed by the Catholic Jesuits into Jesuit college. The great Clementinum is the contribution of the Catholic Jesuits who started building a complex of religious and school buildings in 1556. Later from 1578 to 1726 the Baroque appearance was given to the buildings. This period is considered as the main construction period of the Clementinum. In this main construction phase of the Clementinum the library of the Charles University was transferred to the Clementinum. The Jesuits also merged the Jesuit College with the Charles University and established Clementinum as an observatory library and university.

Later in 1781 a library was founded in Clementinum and was named as the National Library and hence the Clementinum became a legal deposit library. In 1918 the library was overtaken by Czechoslovak state. If you go to visit the Clementinum you can discover following three magnificent places:

The library with several globes

There are more than 20,000 books in the library and most of these books date back to 16th century but as most of the books from library are sent to Germany for digitalisation so you will find most books missing in the library. Not only the books are worth watching but there are also splendid fresco paintings on the ceiling of the baroque library hall that need to be seen. Also the historical big globes make the library a beautiful place.

If you want to see an exceptionally beautiful in-wrought interior that can’t be seen anywhere else in the world then you must visit the mirror chapel. The mirror chapel has a range of unique built in mirrors and is a great historic part of the Clementinum.

In Prague the Clementinum is one of the best attractions to be visited.  In fact it is the most magnificent site of the historical Prague. You might also enjoy the concerts that are usually held there. You can hire a tour guide easily who can guide you about the Museum, the tower and of course the library. The tour guide can give you all the interesting details and can tell you some interesting stories about the Clementinum, but be careful because you need to climb a lot of stairs. Also there are regular exhibition of the ancient tools that were used for the construction of the Clementinum. The Clementinum tour can give you an amazing magical experience. You will be amazed by the shelves of the old books. Also not forget to climb the tower and have the spectacular view over Prague.