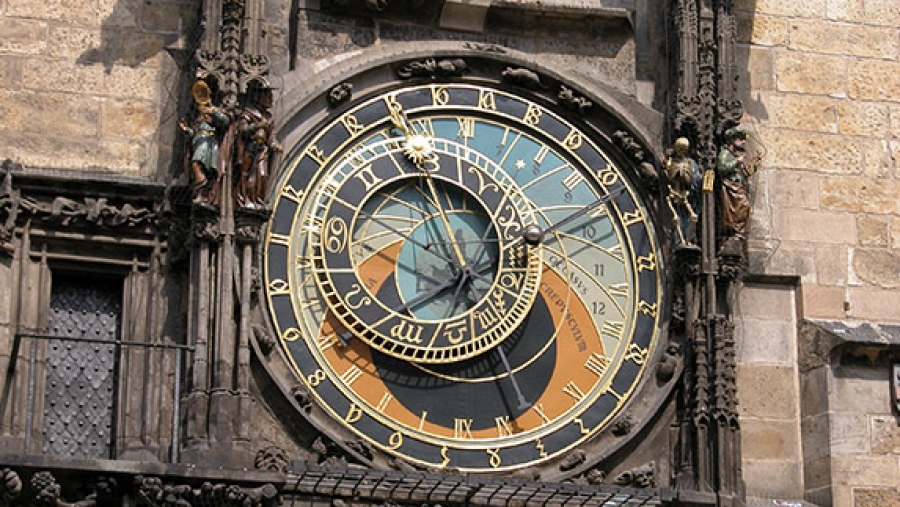 The famous Astronomical Clock of Prague was built in 1410 by Mikulas of Kadan. It was then placed on one of the most striking buildings of Prague the Old Town Hall Tower, on Old Town Square. In middle ages this clock was one of the wonders of the world.

The clock’s intricate construction attracts the attention of people from far away. You probably will lack words to appreciate the charm of this famous Astronomical Clock. Every day a huge crowd gathers in front of the clock to watch the unique procession of the twelve Apostles in the clock. The astonishing procession of Apostles in the clock still attracts the people. The design of this clock is truly remarkable. Hundreds of tourists from all over the world come to Prague just to see this amazing Astronomical Clock.

Although it is the same 15th century clock but things inside it were changed constantly. The clock was damaged at different times and underwent different repairing phases. Different improvements were also made in the clock it was modernised and certain things were replaced to make it work more efficiently. The oldest part of the clock is its astronomical dial. The medieval perception of the universe is represented by that astronomical dial. It represents the earth as central. The sky is shown by making a part of the dial blue and a part of its brown showing different horizons of the sky. Also some Latin words above and below the horizons are written. There are two hands of the clock each represents the sun and the moon.

Due to many reasons the clock is called Astronomical Clock. The clock also has twelve medallions at the lower side and each medallion represents one sign of zodiac. These medallions were added in 1865 by Josef Manes to show the stars in the sky and move accordingly. This astronomical clock is one of the greatest treasures of Prague. No other instrument on entire earth can have such fascinating mechanical performance as this famous Astronomical Clock. People say that it’s the two tiny windows that make this clock so fascinating but the truth is that the entire clock is fascinating everything the clock posses make it fascinating.

Every hour on the hour the clock shows beautiful animation on its both sides and the automatic tiny windows open and from inside the windows wooden Apostles figures along with their attributes start appearing they move and march and at the same time the bell is tolled to a defiant Turk statue by the skeleton of death. The whole scene portrays vanity and miserliness.

There are three circles in the clock and each display the time of a different region of the world. One circle shows Italian time, other shows the Central Europe time and the third one show the Babylonian time.  It is also distinctive to note that this Astronomical Clock can measure the length of the hour and hence changes it according to the season. Another remarkable feature of the clock is its Calendar Dial that represents the date.