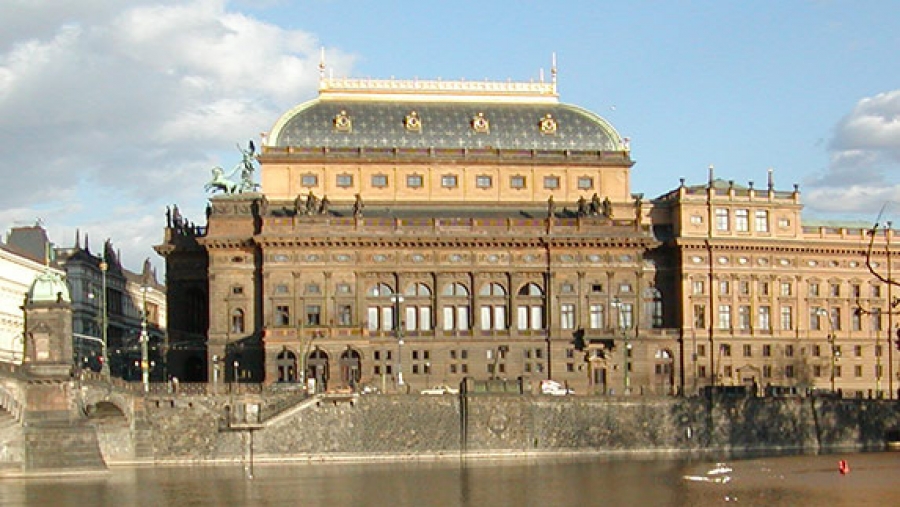 A national monument of Czech history and art is the National Theatre of Prague. Its foundation stone was laid on May 16, 1868. Its construction was facilitated by the collection of money among the broad masses of people.

Building this theatre was the idea of many Czech citizens and this idea was implemented by collecting funds from people. The first public appeal to start the collection of funds for building this National Theatre started in April 1851. In 1852 enough funds were collected so that the land could be purchased and finally in the bank of river Vltava a magnificent site perfect for the theatre was selected. This 28 acres land was bought for building the theatre. But after the land was bought it was found that the area was cramp and had a trapezium shape. Therefore building a theatre at such a land was an extremely big challenge for the architects.

The theatre was constructed and underwent different phases of constructions. Many modifications were made in the theatre architecture before it was finally opened for public in 1886. The people of Czech were very happy on the opening of this beautiful theatre. They still remember the opening day of the National Theatre and every year 16th May is celebrated as a national event in Czech.

Czech people call the National Theatre a spot of gold in Prague. You may find the place suffocating because each day thousands of people come to the theatre to enjoy different dramas, opera, concerts etc. Top opera and ballet performances can be seen in the theatre regularly. There is always a lot of traffic near the theatre so be prepared for it. National Theatre is an ideal site for taking decent pictures.

You will be amazed to see the gorgeous inside of the theatre. The combination of the decoration and the layout of the theatre with high quality performances are outstanding. From inside to outside the building is truly marvellous. But remember to dress up properly before going to the theatre because the theatre is an emotional concern of the people of Czech and everyone should respect their emotions.

Church of Our Lady before Týn Astronomical Clock