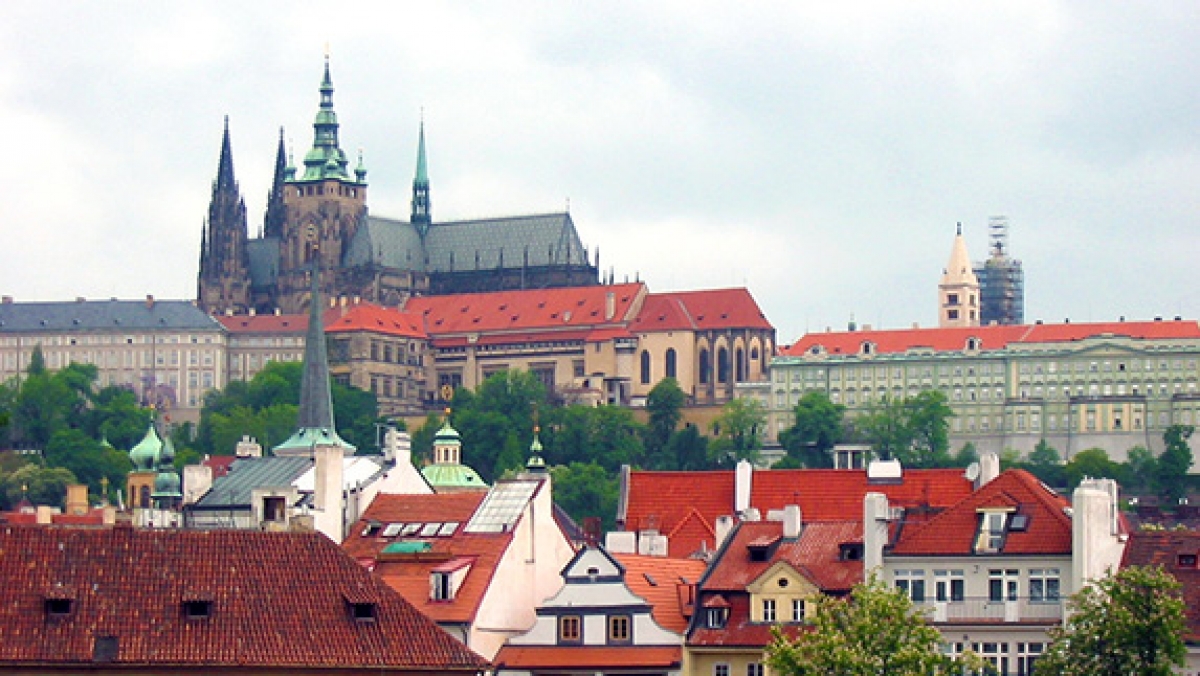 The repairs of Prague Castle will be paid from tourism income

Major part of this budget will be used to repair the New Palace, which is in quite a bad state. There are problems with its roof and the building doesn't look very well because its plaster is damaged. The repairs are going to cost 70 million CZK. The rest of the budget will be spent on the Louis wing of the Old Royal Palace and the St. Vitus Cathedral, which also needs its roof to be repaired. Some parts of the interior of the cathedral including paintings on the walls and thombs are going to be restored, too.The money for the restoration and repairs of the Prague Castle come mainly from tourism. Around 40 million CZK come from the state budget. Some of the restoration works that began last year are going to continue. For example, the Riding school at Pohořelec is being reconstructed and its planned to be used as a storage for more than 25000 pieces of art from the collections of the Prague Castle.

The Prague Castle and other real estates used by the president of the Czech Republic are being maintained continously. In Lány, which is the summer seat of the president of the Czech Republic, was reconstructed the chateaus greenhouse and wintergarden. If about gardens, those by the Prague Castle are well kept, too. The Royal Garden was opened for the public in 1990, as well as the Deer moat which became a public park. In the 2000s were reconstructed some of the sorroundings of the Prague castle, such as the Richter Villa, Golden Lane or the St. Wenceslas Vineyard. In 2015, there is not going to be such a big reconstruction.

Madonna concert in Prague - sold out! No free guides under the Astronomical Clock