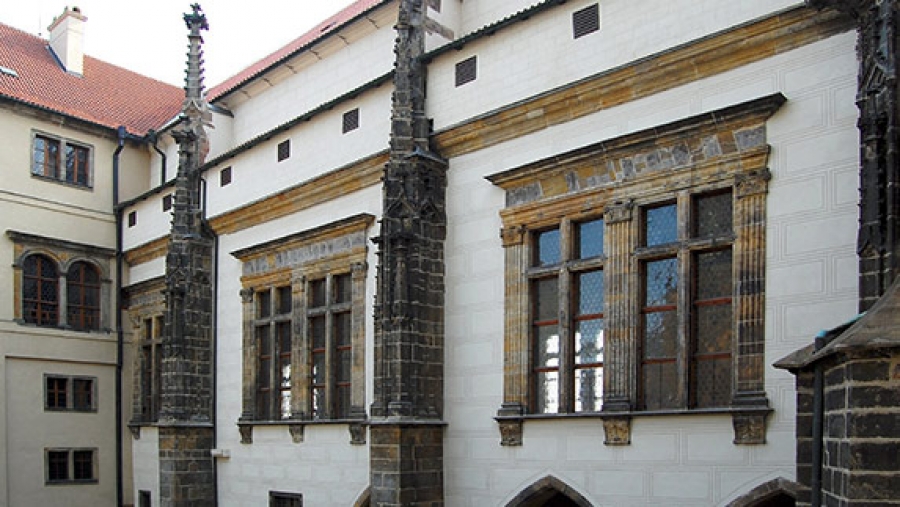 A palace in any country is a place which reflects the culture and history of that country. So is the Old Royal Palace at Prague Castle, the palace with a majestic interior. You might have visited different European palaces and find them interesting because all of them are stuffed with a lot of things.

The Old Royal Palace is very different as compared to these palaces because this palace has an amazing architecture. You will hardly find any material things in the palace but still you will be amazed by its beauty.

Before the governing body moved to the recent wings of the Castle the historic seat of Bohemia’s ruler since 12th century was the Old Royal Palace in Prague. It is still headquarter of the country’s current president. The palace is an amazing mix of several architectural styles as it was rebuilt several times. Most architecture of the palace is Gothic and Renaissance. This part of Castle was founded as a luxury Romanesque palace in 1135. Consecration of All Saints Chapel was in 1185.

Everlasting memories of Bohemians are attached with the Old Royal Palace and their most beloved king the Charles IV. During 14th century when Bohemia was under the rule of Charles IV the palace was rebuilt in Gothic style. Charles IV not only build many new buildings in Prague but he also decided to change the look of Prague Castle. In the history of Rome Charles IV was the first ever Roman Emperor who lived in Prague. Charles IV was a legend, he loved his country very much and he also had a deep feeling of love for Prague. A remarkable importance of Old Royal Palace is that Charles IV lived and died there. All citizens of Prague gathered at the Old Royal Palace to say good bye to their beloved king.

Vladislav Hall is a grand hall at the heart of the palace. Benedikt Rejt designed the ceiling of the hall with Gothic art. This hall is famous for the beauty of its ceiling. All the coronations, councils, banquets and indoor jousting tournaments use to held in this hall. It is the place where all presidents take oath. In the south-western corner of the hall there is a large door. The door leads towards the offices of Bohemian Chancellery. A balcony at the eastern end of the hall gives a great look of the All Saints Chapel and at its right there is a terrace which gives view of the beautiful Prague city. The seat of the bohemian king use to be in this hall.

The Old Royal Palace is an amazing and must-to-see place in Prague. It truly reflects the beauty and history of Bohemia and the Czech Republic. When you will go there you will find that the location of the palace is very nice. You will be amazed by the attractions and the architecture of the palace.  Also you don’t have to purchase any extra ticket to visit the palace. The entrance is included in the ticket you purchased for visiting the Prague Castle. You will be amazed at the simplicity of this royal building. The palace is open for visitors daily but be ready because the palace is a place which is heavily crowded so you will hardly find space to walk. Especially you will find trouble in watching all the rooms on display at the palace. The palace is not a huge place so you can visit the entire palace in 15 minutes only and have a short amazing tour.

St. George’s Basilica Church of Our Lady before Týn