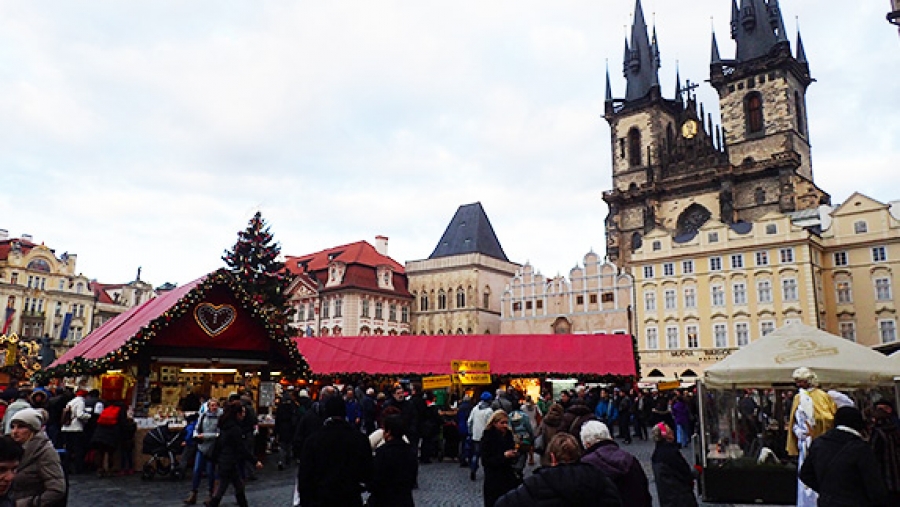 Prague is famous for its places of various styles and its colourful history. The centre of the old Prague town since long is the Old Town Square. It stands with the historical buildings of Prague and is the oldest and the most important square. Earlier in the 10th century it was founded as a market place with the adjacent European merchants’ roads.

For centuries it served as the economic and political middle of Prague Old Town. The square was named the Old Town Square at the end of the 19th century and had many different names over the years that kept changing. If you are looking to visit a historical landmark in Prague, the Old Town Square should be on top of your must visit list.

In the 12th and the 13th century houses were made in the vicinity of the square. In the 14th century Old Town City Hall was built which was later renamed as the Church of Our Lady before Tyn. The coronation parades since 1311 used to go to the Prague Castle through the Old Town Square. The square is also famous for some tragic events that happened there including certain executions. Some executions also lead to stormy protests on the square including the execution of Jan Zelivsky who was then the leader of the impoverished people of Prague. Jan Zelivsky was executed in the Old Town Square in 1422.

The execution of several rebellious leaders also took place at the Old Town Square. These executions proved to be a turning point in the history of Czech Republic. On 21st June 1621, there were 27 rebellious leaders who were executed, these rebel leaders were against Emperor Matthias. To commemorate the sad event 27 crosses and the symbols of swords and a thorn crown were placed on the paving by the Old Town City Hall. Those symbols and crosses still lie there and remind us rebellion leaders who were executed. People believe that annually on the 21st of June the ghosts of the executed leaders return to the square. The Marian column is the second most historical and oldest pillars in Europe but was later demolished in 1918. Not only was the Marian column pulled down but many other objects of great importance were pulled down too.

In the flagging of the square to indicate the place of former Marian pillars the Prague meridian can still be seen along with an engraving in Czech and Latin. Old Town Square is an ideal place for the tourists to relax in summers. There are many outdoor cafes situated there. A large number of colourful houses  border the square. Surrounded by a couple of remarkable historical buildings the square is a great picture spot for the tourists. You can spend fun time with family and friends there. The Old Town Square is popular among history enthusiasts and people who want to get to know more about Prague’s past through its places. The experience of being at the Old Town Square itself is surreal.