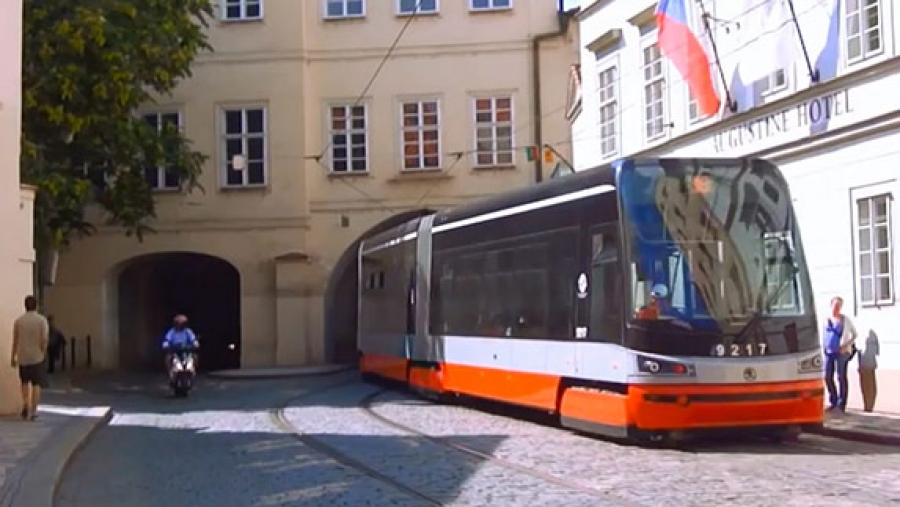 The public transport in Prague is quite efficient, modern and it’s not expensive. It covers the city center and it’s possible to use the Prague tickets when you want to go to some parts of central Bohemia, too.

In the center, the public transport is the best way to travel because the streets are often jammed with traffic and some places in the historical Prague are accessible only by the public transport or on foot.
If you want to use the public transport, you have to buy a ticket. You can do so in a newspaper shop or in a ticket machine. Most of the ticket machines take coins but some of them have been innovated recently so it’s possible to use a card, too. But don’t rely on it. Don’t forget to validate the ticket when you board a vehicle for the first time. If you forget, you can be given an additional charge and if you don’t have money, you will have to visit the Prague Public Transport Company Heahquarters which could be very unpleasant and ruin your plans.

There are several means of transport in the capital. If you want to visit the sightseeings, you will probably use tram or subway. The subway in Prague is called „metro“. It has 3 lines that go across the city. The longest is the red one, officially „C“. It stops by the main building of the National Museum and at Holesovice railway station, where you can take a bus to Troja, where the Prague ZOO is. The second longest is „B“, which is yellow. Its most interesting station is Andel and Namesti Republiky. Andel is near a big shopping center and 2 big cinemas. It is also possible to take a tram from there and go to Petřín, a beautiful park under the Prague Castle. Náměstí republiky is by a shopping center, too. The shopping center Palladium is popular among foreign tourists. Another shopping center on the square is Kotva. It’s one of important pieces of modern architecture, anyway.

The last but probably the most important line of the Prague metro is „A“, the green one. It is the shortest but it covers most of the sightseeings. Let’s go from downtown. The important station there is Staroměstská. It’s near the Old Town Square which you will probably want to visit. There are old buildings from Renaissance and Gothic ages and the unique Astronomical Clock. If you are keen on shopping you will love Parizska street, the location of the most luxurious boutiques in Prague. Another green metro station near luxurious shops are Mustek near the street Na Prikopech and Flora, under a shopping center. But we want to see the Prague Castle, too, don’t we? The easiest way to get there is to go by the green line to Staromestská station. It’s a great place anyway. You can go on foot to the near Valdštejn Palace which is the seat of the Czech Senate and has a beautiful and unique garden. It’s possible to take a tram and go to Malostranské náměstí and on foot to the Charles Bridge which is not far away. Or you can go to the Prague Castle complex.

If you stand at Staromestska and you want to see the Prague Castle, the important tramway line for you is number 22. The way to the Castle is a pleasure itself (while the tram is not crowded). It goes along the Jelení Prikop park and stops by Letohradek kralovny Anny sorrounded by gardens. The second stop is the Prague Castle. If you want to go for a walk, you can go to Pohorelec. It’s a great place, too. The nearest sightseeings are Loreto and the Palace Cernin - Ministry of foreign affairs. After you have visited Loreto, you can take a walk to the Prague Castle.