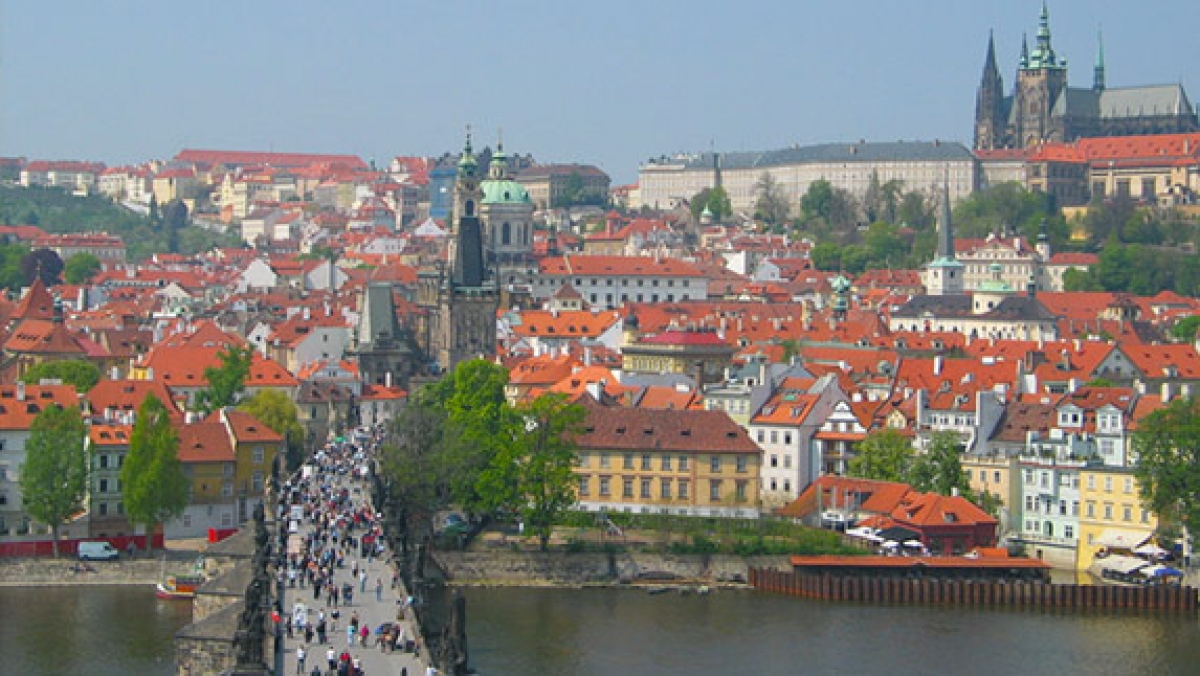 It's (not) allowed to draw on the Charles Bridge

Two illustrators went sketching to the Charles Bridge but they were kicked out by local artists and police. The illustrators do not deny that it was also a provocation because they don't agree with the Chales Bridge Artists Association's policy. According to them, it behaves like if the bridge was its property.

Milan Martinec and his friend went to the Charles Bridge with a sign saying „Free portraits, five minutes“ offering the tourists their service. In a few minutes members of the Association and security of the bridge appeared and told them to stop doing so or they will call the police. Their reason was that no one is allowed draw on the bridge if  not permitted by the Association. After a while the two friends were led out of the bridge by a police officer. They were recording the situation. “We expected that some of the artists would tell us something, but we did not expect at all that we would be kicked off by the police,“ said Martinec.

After this incident  Martinec published the record on his blog. He expected that it would be played by a few friends but soon it had over 5000 views so he decided to write an article about that. It was read by around 75000 people. Majority of viewers and readers stood by them. Some of them offered legal aid.

He also wrote about his experience to the town hall of Prague 1. And soon he got answer from the vice mayor. The Charles Bridge Association of Artist apologised. The vice mayor also said that members of the Association overreacted to them. Yet he pointed out that the problem was that the two illustrators had the sign, which is againts the rules on the bridge. He also said that it was inappropriate to provoke the artists from the Association. According to him anyone is allowed to draw on the bridge as long as it is not commercial.